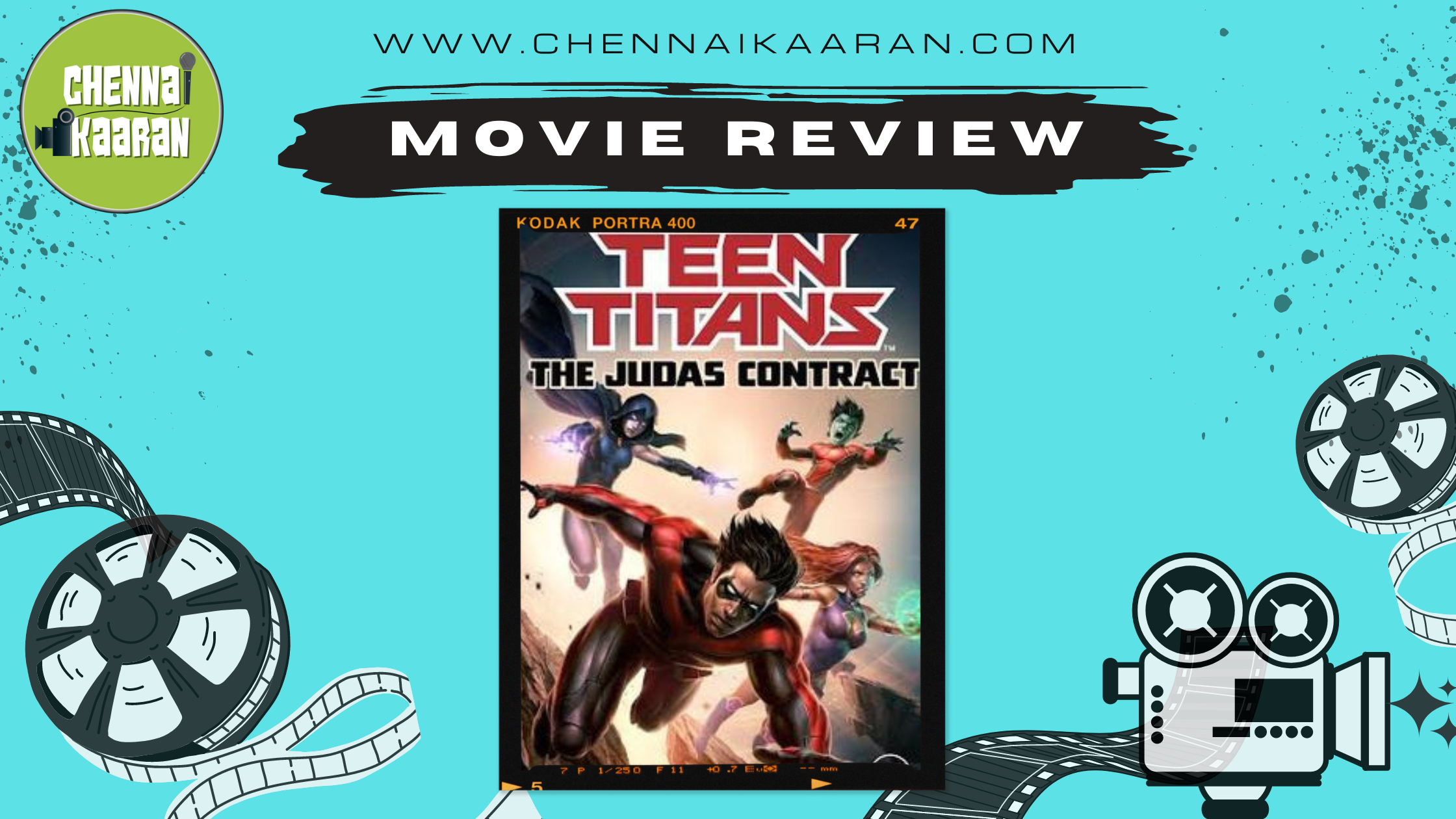 The Teen Titans: Judas Contract starts with a flashback of Teen Titans meeting Star Fire. We are then shown the present Teen Titans members and how they are fighting their own demons and also getting along with each other.

The movie takes off very slowly, the team is on a winning streak in fighting the illegal activities of a group. We have also been introduced to Brother Blood a legacy Teen Titans villain in comics and in the movie he plays a major role. Don’t want to spoil anything by telling more about him since the shock value will be spoiled.

The team is still working towards their bonding and Damien Wayne is still being that non-trusting, rigid person, while Star Fire and Dick Grayson are moving to the next step in their relationship. While the new addition to the team Tara Markov (with the power of manipulation of rock and other early structures) is still trying to adjust to the team. How do all of them bond and fight their own demons and how will the team face an unexpected foe? You’ll have to watch the movie to know the answers.

As always, the length of the movie is the biggest plus. The character arcs are defined well, each and every character has their own arc and they come in a full circle. Towards the end of the film, every character reaches a new dimension both good and bad. Beast Boy’s emotional arc plays a pivotal role and is the heart of the movie in various instances.

With each movie, the DCAMU is getting better at telling stories and as a whole universe we get to know more, and is shaping up good. Have you watched Teen Titans: The Judas Contract? What are your thoughts? How did you like it? Do share it in the comments section. Let’s continue our discussion there.

Justice League Dark: Apokolips War is the last movie in the DCAMU and they ended the Connected universe finally. Honestly, creating a […]

Wonder Woman: Bloodlines, takes us back to the time when Diana Prince, the Princess of Amazon decided to go to the “Man’s World” and help it become a better place. A few, years later Diana comes to live with Julia Kapatelis, who is very keen to know more about Amazon and the scientific discoveries done there. Julia’s daughter Vanessa is jealous and secretly hates Diana for stealing her mother from her. We are then introduced to the villains of the story, what they want and how Diana aka Wonder Woman saved the day follows the rest of the story.

Batman: Hush is probably one the best movies in the DC Animated Connected universe. Other movies are good, no doubt about that but this one takes the cake. Original Batman: Hush by Jeph Loeb was published way back on November 2005 and the Movie Writers made some changes to make it part of the DCAMU-connected universe.