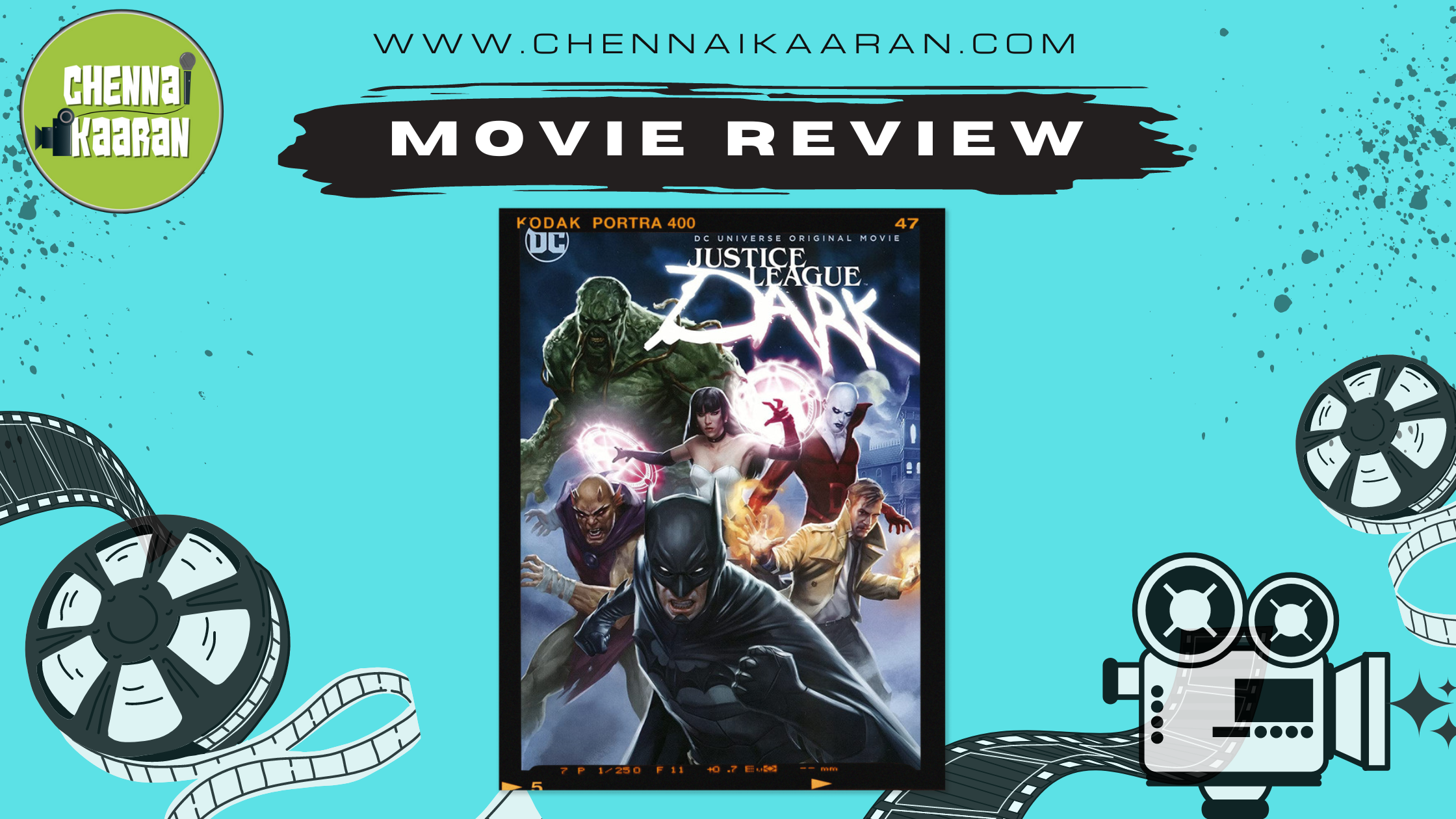 Justice League: Dark is the eighth film in the DC Animated Movie Universe. The movie starts with people seeing demons and trying to escape them out of fear. This doesn’t happen to everyone but a very select few. The Justice League intervenes but they couldn’t find answers. The very next day Bruce Wayne gets some abnormal feeling and he is asked to contact Constantine (Creeeeepy!)

As a natural course of action, he reaches out to Zatanna a stage magician by Profession (but is so much more powerful than what she is shown) to understand what may be the reason. We are then revealed about a Trapeze artist who now goes by the name “Dead Man”. All three meet Constantine who is an Occult Detective and also a Conman.

Over the course of the movie, we are also introduced to Etrigan, Fire breathing demon, who is bounded with Jason Blood. All of them together identify this to be a Supernatural occurrence and the regular Justice League will not be able to handle this. Thus forms the Justice League: Dark a team of Superheroes who have Magical powers that are Supernatural except for Batman.

Overall as a movie, we are hooked and until half of the movie, we are breaking our heads and following the clues which are shown to us. Once, the backstory of Jason Blood is revealed we somehow know both are connected. Maybe they could have kept the backstory till the end so that the suspense is maintained throughout.

Since the movie is just about 75 minutes it is easily digestible and hook-worthy. The time is what I really love about these Animated movies from DC. They don’t drag unnecessarily and are to the point. They are not only engaging (Sometimes even though they are outright bad) it becomes very critical for the director to cut it short and keep only whatever/whoever is necessary for the movie. The graphics are on point, the surprise element somehow vanishes but as the Leads, we were also confused with the decoy. That is where the movie shines.

There are couple more characters in the movie but let me not reveal everything and I’d highly recommend you to watch it for yourself. Apart from the Flashpoint movie, this is equally intriguing for me. Have you watched this movie? Did you like it? Please comment and let’s discuss it there.

Until the next movie, Ciao 🙂

P.S: There are 7 more movies before this one and I’d highly recommend you to read them first, if it piques your interest do watch the movies (DCAMU 1, DCAMU 2, DCAMU 3, DCAMU 4, DCAMU 5, DCAMU 6, DCAMU 7) and come back.

Justice League Dark: Apokolips War is the last movie in the DCAMU and they ended the Connected universe finally. Honestly, creating a […]

Wonder Woman: Bloodlines, takes us back to the time when Diana Prince, the Princess of Amazon decided to go to the “Man’s World” and help it become a better place. A few, years later Diana comes to live with Julia Kapatelis, who is very keen to know more about Amazon and the scientific discoveries done there. Julia’s daughter Vanessa is jealous and secretly hates Diana for stealing her mother from her. We are then introduced to the villains of the story, what they want and how Diana aka Wonder Woman saved the day follows the rest of the story.

Batman: Hush is probably one the best movies in the DC Animated Connected universe. Other movies are good, no doubt about that but this one takes the cake. Original Batman: Hush by Jeph Loeb was published way back on November 2005 and the Movie Writers made some changes to make it part of the DCAMU-connected universe.