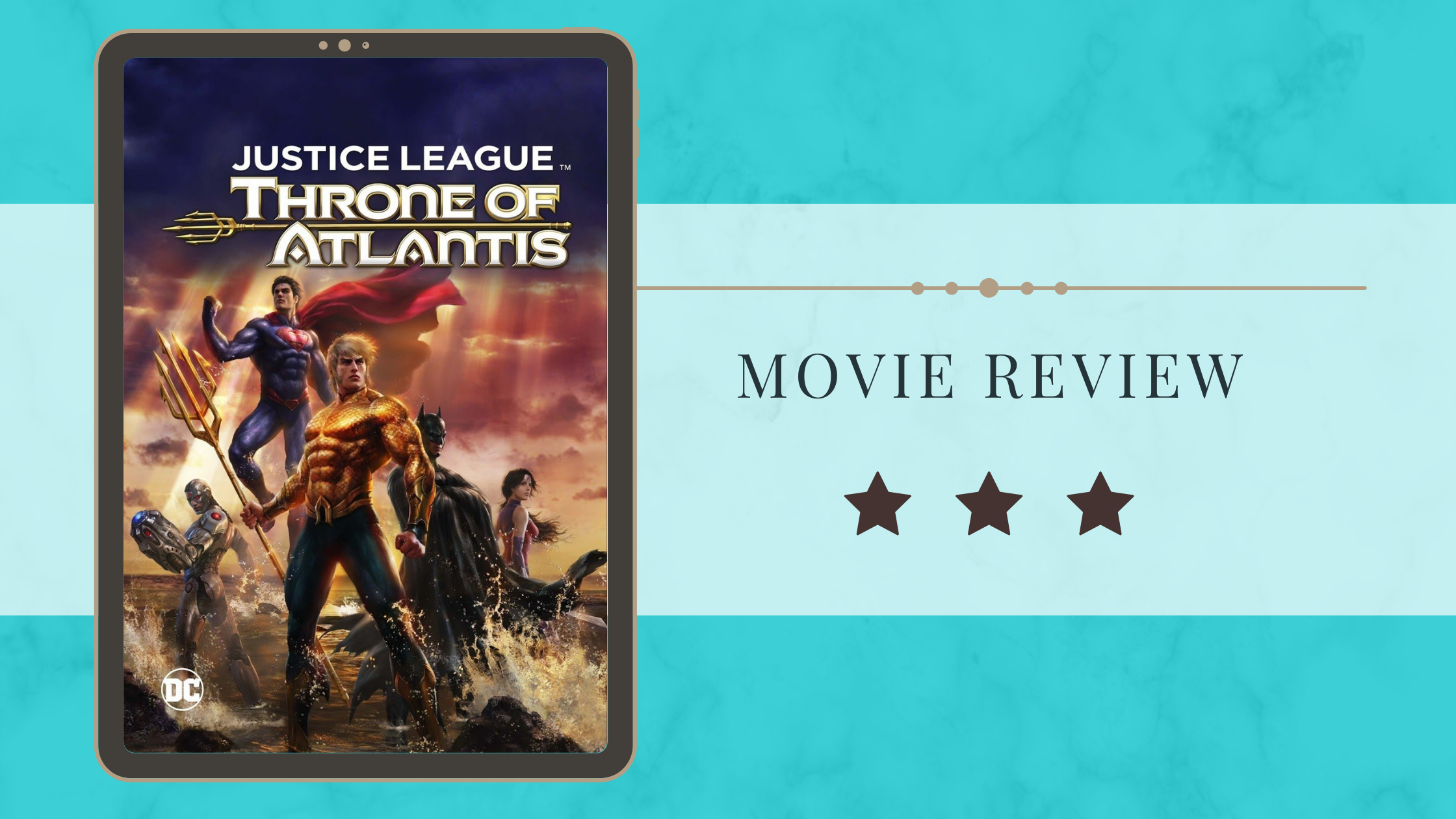 We are in the fourth movie in the Series and this DC Animated Movie Universe (DCAMU) is based on the New 52 Comics which was a revamp and relaunch of DC Heroes and Villains with a new Origin story. The New 52 Series didn’t get the response the company expected, so they revamped the Character’s origin story again with the DC Rebirth event. Well, these aren’t necessarily associated with the Movie but it is good to know a little backstory about the movies we watch, I guess.

This movie primarily focuses on Arthur Curry aka Aquaman, how he finds his powers and his long-lost mother. On the other hand, there is a conspiracy being built among the Atlanteans (A Civilization that lives under Water) to fight against the Humans on Land.

Throne of Atlantis is a typical Hero Origin story, although it doesn’t go way back into the childhood of Arthur but it tells who Arthur is, his backstory, and how he came to be more powerful. Even though this storyline has “Justice League” written on it, it is all about Arthur Curry, his Morale, and how Justice League comes to help him. Did Arthur meet his Mother? Who was behind the conspiracy against humans? The movie will answer these questions.

We see a bit of Justice League backstory and the usual Hal Jordon – Batman conversation was funny. In this Storyline Superman and Wonder Woman date which was not the case in the actual Storyline and there are other small details that were done well to further the whole Justice League story arc for New 52. This movie plays a pivotal role in bringing Aquaman into the Justice League and it was done decent, not great though for me. This movie is available on YouTube for your viewing.

Justice League: The Flashpoint Paradox is the first movie in its connected Animated Movie Universe. This post is teasing the readers with this Animated Universe.