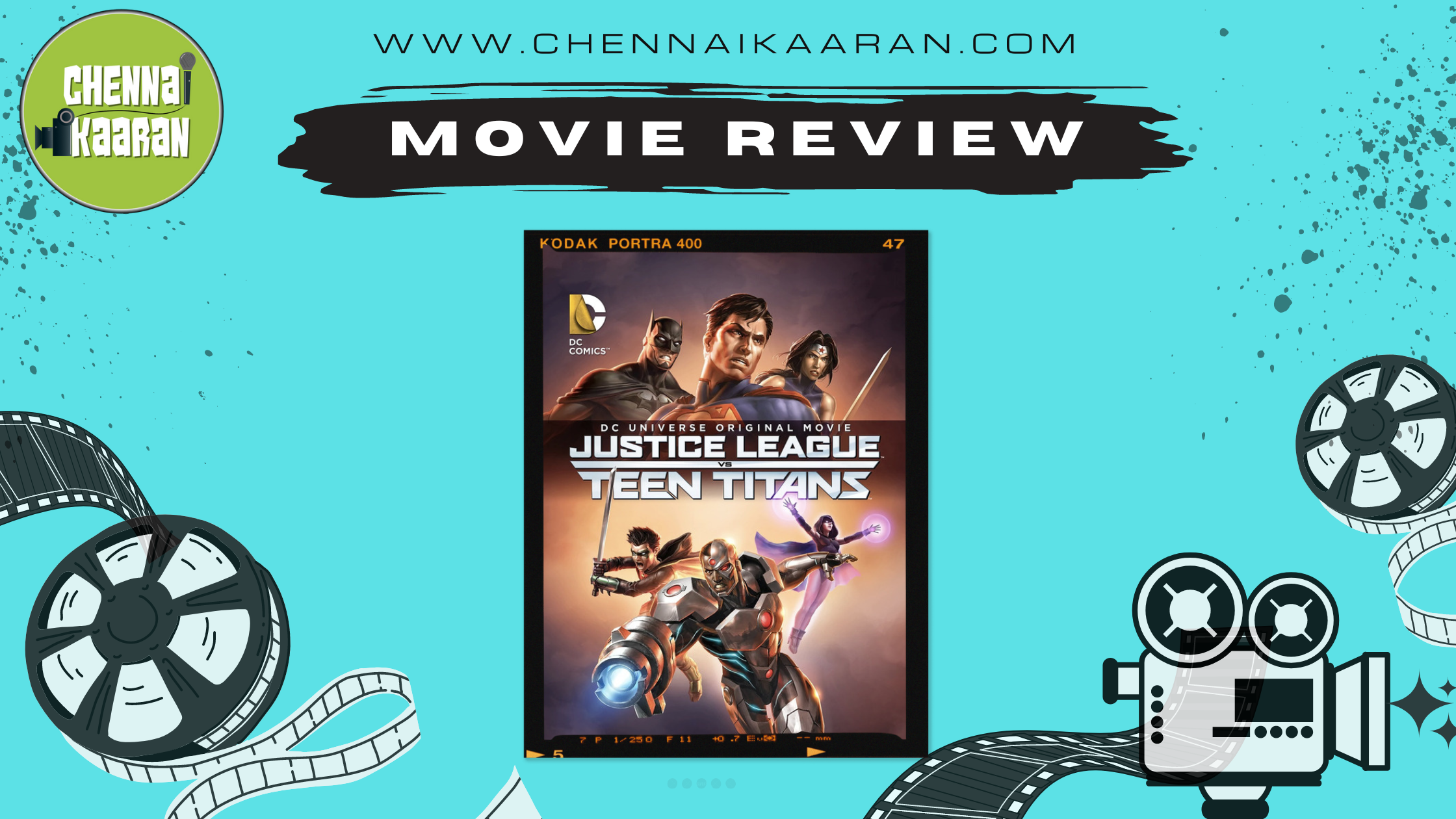 Justice League Vs Teen Titans is the seventh film in the DC Animated Movie Universe and seeing the title one would assume that there will be some amazing stunt sequences with the members of Justice League facing off with Teen Titans, but that’s not the case which is very disappointing.

The movie starts off with a huge battle between the Justice League and The Legion of Doom and as usual the Justice League win with the help of the new Robin (Damian Wayne) but Batman is pissed that Damian is not working with the Team and takes decisions individually. Cut to the next scene where Damian is escorted by Dick Grayson (Nightwing) to the Titans’ tower.

While the initial scenes when the Justice League was fighting The legion of Doom, Weather Wizard who is part of the villain team escapes from captivity but is possessed by someone or something, and the entire Justice League fights him but couldn’t contain the being, until Robin blasts with multiple bombs and crashes the Batwing on him and Wonder Woman gets hold of him after the blast.

We see two storylines in the movie and towards the anti-climax, they both merge. Although the story in itself has a lot of interesting stuff, we are introduced to new characters in this continuity of the DC Animated Movies. The movie runs for just 79 minutes including the credits which I would call a quick watch.

The movie’s focus is primarily on Robin who is getting used to working with Batman and his way of working, alone and with the Team. When he is sent to the Titan’s tower he gets his own arc, we get to know more about him and how he grows to become a Team member when one of them is in trouble. That’s a great arc for someone like Damian. We also get to know more about Raven, her past along with Beast Boy, Blue Beetle, and Star Fire in the mix.

Even though, the Titans kind of fight the Justice League, it is not the entirety of the movie. Hence, I call the title misleading. Other than that, it had a good character arc, and an interesting plot to keep you hooked for an hour or so. I would definitely call this an interesting watch.

Have you seen this movie? If, Yes what are your thoughts? Share it in the comments section and we can discuss it there and get geeked.

Until the next movie, ciao 😎

P.S: There are 6 more movies before this one and I’d highly recommend you to read them first, if it piques your interest do watch the movies (DCAMU 1, DCAMU 2, DCAMU 3, DCAMU 4, DCAMU 5, DCAMU 6) and come back.