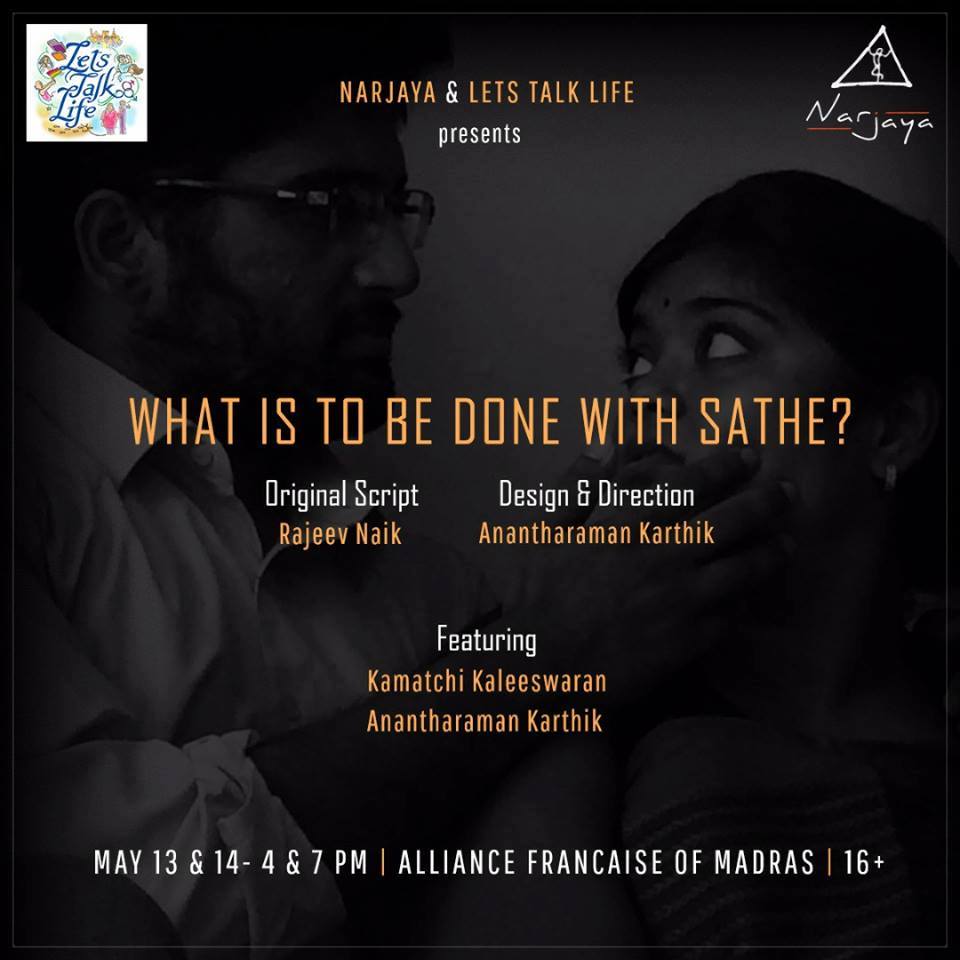 Second Play in my lifetime I should say and it was quite a different experience for me. I would like to Thank Let’s Talk Life for allowing me to enjoy the play.

A stage play with very few props is unorthodox for me, owing to the popular understanding of stage plays using so many props. This particular play is quite new to me and they delivered an amazing performance. Though slightly missed, there are chances people might sleep, trust me when I say this. Why wouldn’t one? Because of the whole play centres around a couple and their daily life. The whole team brilliantly added songs in-between each scene as a relaxation. I would call them fillers but the leads rendered those songs themselves and they have a beautiful voice.

What is to be done with Sathe? is a play where we meet Abhay an Ad film director who is frustrated with the Politics in his company and with the Industry as a whole and loathes about it to his wife Salma. She, on the other hand, a College Professor who takes life as it comes and never worried about the Politics. When Abhay rants and loaths Salma gives him a perspective.

Interesting conversations and as I said whenever you feel it is too much of a ranting there comes beautiful voice of the leads, a Carnatic song (I may be wrong pardon me).

Produced by Narjaya – a Theatre company and Let’s Talk life. Directed, Designed and performed by Anantharaman Karthik. Who not only acted well but have a great voice. Kamatchi Kaleeswaran who played as Salma did a convincing job and she too has a great voice. Overall an entertaining play and it also gave me different perspectives of a spectrum. If you get a chance to watch this play don’t miss it and I hope they would stage it few more times.

I, for once in my life wanted to do a camping trip but I don’t know the basics of mounting a tent […]

A Stageplay has never been my fortè because the Visual medium (Movies and TV) took over my childhood. In fact, I have […]