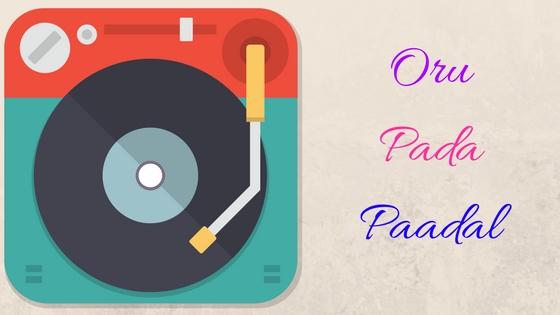 When I decided to start this series all I wanted was to share the movies whose complete album have great songs but suddenly it struck me that every Music Director must have definitely be given a “Complete album hit” and I decided to go with the theme of Music directors.

As per my list of movies, this post should have featured a different album but I am going with a Telugu movie, the songs are close to my heart. All songs in this movie are pleasant to hear and in fact, this is the album which has beautiful romantic songs. So, Music director for this post is Radhan. He has scored for six movies in total, were three for Telugu and three for Tamil respectively. When it comes to Tamil such directors throw trash on us but in Telugu, they score some beautiful piece of music. :/

The film was directed by Hanu Raghavapudi. SS Rajamouli is one of the producers of this film. Music composed by Radhan. This movie is a debut for Naveen Chandra (Sarabam fame), Rahul Ravindran (American Maapilai in Vanakkam Chennai) and Lavanya Tripathi (Brahman lead). The album has total six songs.

The song is set in the typical love at first sight mood. Hero sings about his love, his distance, he flying in the air of sorts. Typical lyrics but the song starts with beautiful Veena strums in the prelude followed by the joyful voice of Haricharan also you could find Veena interludes in the song. This song just places you in the shoes of that man who fell in love recently. Do give it a try and it would definitely lift your mood up.

A sad song was written by Lakshmi Bhupal,  rendered by Sathya Prakash and Bhargavi Sridhar. Sathya Prakash definitely emotes the disappointment, pain the guy goes through when he never expected that name from the girl. On the other hand, the girl shares her inability to forget her dead boyfriend.

A beautiful soul stirring song written and sung by Rakendu Mouli. The Veena strumming prelude will be so beautiful to listen. This song comes along the movie shot in the rainy and foggy Ooty was picturesque. Rakendu have a unique voice which shares the belief in love and a guy’s yearning for his love to be reciprocated.

Yet another love at first sight song from another lead of the movie. Unlike the first song which was soft, this ain’t. I like how a song portrayed the character of the lead guy’s and this one would sound in a rebellious tone. Written by Vasishta Sharma and sung by Bobo Shashi (Kulir 100 Degree fame).

A song which talks about the crazy love the guy has on the girl (ROFL!). A peppy number is sung by Ranjith and written by Krishnakanth. Anyone can sure relate to this song which will instantly lift your mood up. Ignore the persuading part but otherwise a beautiful peppy number.

Soon after persuading the girl shouldn’t she fall for the guy? *smirks*. As per the Indian cinema tradition, this is set in various locations with matching colour costumes and a peppy number too. Sung by Ranjith and Veena Ghantasala and written by Krishnakanth. Another mood lifting number with a spritelier tone.

Do listen to all the songs and share your thoughts. Though I don’t agree with most of the things in the movie but songs presented in this movie are definitely worth a shot. Here, I end the second episode in this series. Happy Listening. 🙂