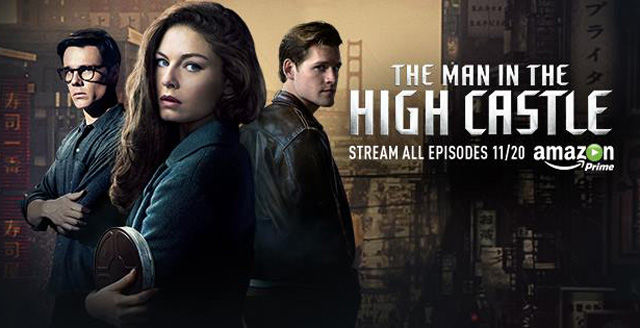 When one of the famous Indian personalities on Quora recommended this TV Series I didn’t take it seriously. In fact, he mentioned it to be a wonderful TV Series. I being an ardent Hollywood TV Series fan I ignored, but later When Amazon introduced its Prime Video division in India and also offered 30 days free Trail. I saw The Man in the High Castle TV Series listed and got to know that it is Amazon produced show.Out of boredom, I thought of giving it a try.Initial few episodes were slow but they were very intriguing. Hence, I glued myself into the show and now I feel very much connected.

This TV Series is set in the Alternate History were the Axis powers win the WW2 and take over the US. Whereas the Pacific states are taken over by Imperial Japan which is in the west, Eastern part of US is occupied by Nazi Germany and the middle part of the country is named Neutral zone.

Based on Philip. K. Dick’s novel of the same name and he also happened to be the author of the infamous Do Androids dream of Electronic sheep? which is the famous Ridley Scott’s “Blade Runner” and surprisingly he is also one of the Executive Producers of this show.

Although keeping the Original plot and the Main characters they have re-written the storyline with many changes. What attracted and made me watch this TV Series was those Character detailing, their emotions and most important of all How each and every character grow into you over time and understand there are no Antagonists but the situation and POV make them look like one.

Without much spoilers, to this post, I highly recommend this TV Series to everyone and I generally don’t “Highly Recommend” any TV Series for that matter except for Breaking Bad.

Don’t miss this Alternate History and Time Travel TV Series. I’m sure it will leave you dumbstruck, haunting and will make you re-construct your morals.

Aashram is loosely based on the life of Self-made Godman Gurmit Ram Rahim Singh Insaan, also known as MSG. The show is set in the fictional city of Kashipur and the story follows the life of Pammi aka Parminder (Aditi Sudhir) who is a wrestler and her brother Satti aka Satwinder (Tushar Pandey), various instances push them to come in contact with the self-proclaimed godman of Kashipur, Baba Nirala…

Of all the characters Dwight. K. Schrute is one of those formidable characters I would remember forever in the days to come. During the initial days of the show, he came around as an annoying person just like his boss Michael Scott, who is stringent for rules but over the course of 9 Seasons, there were numerous lessons he taught us for life…

This famous Netflix Series was released 4 months back which received both positive and negative reviews, that being said this TV series […]

I know, I know. I am one of those souls who watched 13 Reasons Why? TV Series and posting about it. Yes, Watching […]