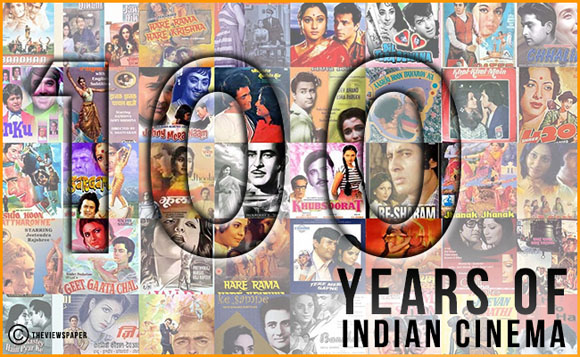 As we all know Kollywood has its special place in Indian Film Industry but are we standing alone from other Film Industries in India?

Kollywood produces equally bad movies as Bollywood and other Industries does, but one thing which we have are the Talents Technicians and Artists in the likes of A.R.R, P.C.Sreeram, Maniratnam etc.,

I am here not against Commercial movies at all because Commercial Movies are the ones which takes that particular Film Industry to new places and help them widen their Markets and Bollywood excelled in that.

My point being even though we give bad Movies we equally produce Good movies We introduce New Talents in Kollywood every year.

Kollywood or any other Film industry in India for that matter standing alone out of the crowd is subjective. I consider 2 parameters here one is box office Collection and 2nd being quality of the movies released in that year, merging both the parameters Tamil Film Industry stands 2nd and Yes, I can hear the voices of Tollywood fans out there but guys Telugu movies produce out and out Commercial movies and we get to see really good movies very less when compared with Bollywood and Tamil.

Kollywood is widening its horizons every other year and we will outshine Bollywood sooner. Bollywood being the highest grosser just for one reason and that being the  Language, Hindi which is spoken by larger population also the Ticket prices are twice or thrice more than that of Tamilnadu and the same goes with Andhra and Telangana where the ticket price being costlier than Tamilnadu and still we manage to do fist fight with them with regards to Quality contents and Yes, there is still a lot for Kollywood to stand alone in the crowd and for that first Producers and Directors should stop the template Movie making and same old revenge dramas.

We expect more Good content and experimental movies which will definitely be received well by our audience because by every other year the likings and taste of enjoying the movies our audiences are getting better at it. Understanding the financing issues there are lots of Politics and other parties involved in Movie making and its release. There are many other sources of income for Movie Industry in general which our Indian Multiplex owners or other Theatre owners are not supporting because they are scare that their business might fail and on the other hand Producers find it difficult to release some low budget movies in theatres.

Most important issue is the CBFC which stops and block every other movie which are releasing in the name of the so called “Sanskar” or saving the pride of India and its government’s ass being mocked or questioned.

Few more issues like not getting proper recognition for Tamil movies outside India because placing Bollywood as the face of Indian Cinema is pathetic and Politics in National award functions and much more other issues to be taken care. Once all this is done Kollywood would definitely Stand alone in the huge crowd of different Indian film industries.