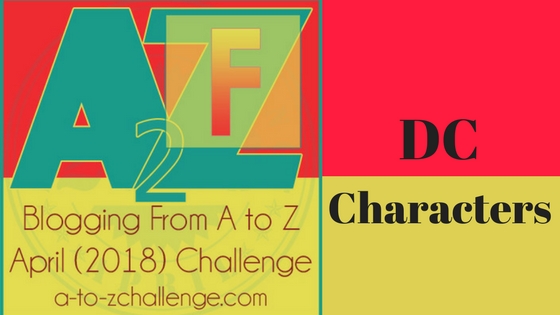 People watching The Flash TV Series would have come across this character/s. As you see in the Series Ronnie Raymond and Prof. Stein combine themselves to become Firestorm but in the comics, the twist is Ronnie is high school student and not Caitlin’s husband.

According to the New 52, there are two Firestorms. Ronnie Raymond and Jason Rusch. Seems, Professor Stein died and gave some instructions to Jason in order to protect Firestorm Protocol. Ronnie and Jason (Two individual Firestorms) could combine and become Fury (Even more powerful).

Firestorm’s Powers and abilities include (Ronnie) Matter Manipulation like Transmuting lead into the gold of equal mass but there ends his limitation. He can also regenerate damaged tissue in his body. Switching Drivers which is Ronnie and Jason each has separate powers and Ronnie has the ability to switch powers of Jason at will. Flight, Energy manipulation and few more. Jason’s powers include Transmutation which allows him to Transmutate both organic and inorganic matter. Energy Blasts, enhanced vision, flight and few more.

CW’s The Flash Season 1 (Episodes 9 to 14) and Season 2 I(Episodes 1 to 4)
DC’s Legends of Tomorrow (Where Firestorm plays a major role)
Firestorm: The Nuclear Man – It is a Five issue mini-series which introduced Firestorm.
The Fury of Firestorm written by Dan Jurgens

Another Character I considered for this letter is Fire

Beatriz Da Costa aka Fire received her Green Fire from Brazilian Mysticism. She is close friends with Ice (Tora) during their adventures with Team Justice League.

To check out my Previous post on Letter E, please visit here.