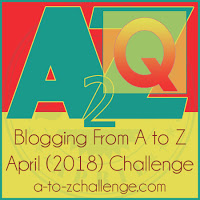 Question is very underrated / Unknown to many. People who has watched Justice League Animated series might have encountered him. His detective skills is on par with the Batman family of heroes, since most of them in the Batman family are known to be great detectives which they learnt from the World’s best detective.

Vic Sage, is an investigative Journalist who first wore a mask which doesn’t have features. He donned this mantle when we was exposing a Pseudoderm conspiracy. He doesn’t want himself to be exposed hence, he started wearing a mask. Vic Sage is considered to be the first Question and there is Reene Montonya and a Mystical Question (Who is part of Trinity of Sin).

When Vic Sage Question was exposing more crimes, most of the crime bosses of Hub City plotted to kill him, but he was saved by Lady Shiva. Vic Sage was then trained in Martial Arts as well during this time in the Nanda Parbhat. There are various instances where Question has shown eccentric dedication to solve a case. He is known to be called crackpot for being obsessed with Conspiracy theories but ultimately he would be true and also exposes them regularly.

Renee Montoya is the current Question. She was hired by Vic Sage during his last days. He was affected by lung cancer and he wanted to train her before he is dead.

Vic Sage and Renee Montoya doesn’t posses any Super Human strengths but they both appear to be fairly Intelligent and conniving.

So, have any of you read about The Question or heard about his character in the DC Comics? If so what do you think about him? Do, share it in your comments and let’s discuss.

To read previous posts in the A to Z Blogging Challenge 2018, please click here.