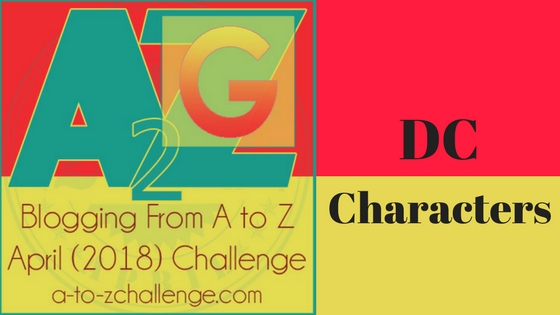 If you have seen Justice League: The Flashpoint Paradox you could have come across The Grifter who was part of the Resistance group from England. Even in DC comics Grifter was added into its universe along with few other Superheroes who are part of the Wildstorm Universe.

Cash Cole aka The Grifter was a former Delta Operator for the US Army. He became a Con artist. One fine day he was possessed by Daemonites (An Alien race which could possess the human body and also has the power to shapeshift). After an attempt on Cole, he didn’t go through the complete process but woke prematurely which allowed him to sense the Daemonites and hear their Telepathic communication. Only Grifter could sense the Daemonites and when he got into the process of killing them, he was perceived as a murderer and Terrorist by Daemonites and humans. He now wears a mask and became Grifter.

Some of his Powers and abilities include Psionic (Telekineses and Telepathy), He can heal faster and almost an immortal, he is an excellent Marksmen which makes him most dangerous Meta-Human, also an exceptional hand-to-hand combatant.

WildCATS by Jim Lee – This is where Grifter was and still a part of. This series comes from Wildstorm universe which was merged into DC after the Flashpoint.

Grifter and Midnighter by Chuck Dixon – A seven-part Mini-series on two deadliest members of Wildstorm universe.

Brion Markov aka Geoforce is the prince of Markovia, a fictional nation lies between France and Belgium. During one of the attacks on Markovia from a war monger named Baron Bedlam. In the process, Brion’s father was murdered and his elder brother Gregor ascended the Throne. During the war, Dr. Helga Jace gave Superpowers to Brion with her scientific researchers. Geoforce is the founder and member of a team called The Outsiders (A team formed by Batman, Black Lightning, Geoforce, Katana, Metamorpho and Halo. Now the team has grown)

Some of his powers and abilities include Gravity control to lift objects of various sizes, Earth manipulation, allows him to move any form of mineral on a huge scale. He powers were not fully shown hence we don’t know the exact limitations of it, faster healing when has the direct connection with the Earth, Superhuman strength which is compared to the power of Wonder Woman.

Batman and the Outsiders by Chuck Dixon

This should get you started and help you understand the team outsiders and the powers of Geoforce.

Another character considered for this post was Godiva where she has Meta-human abilities for her hair, which can change shape also allows her to fly.