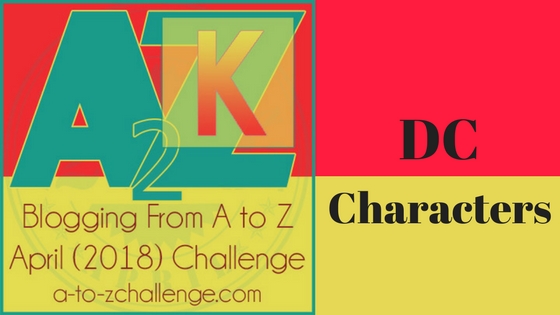 Val Armorr aka Karate Kid is underrated and considered to be one of the best hand to hand combatants in the entire DC Universe. Val is from the 31st century in the Japanese sector of the United Earth and has mastered all form of Martial arts including weapons across the worlds.

Val Armorr was an orphaned son of a crime lord named Black Dragon who was defeated by The White Crane – A Japanese Superhero, who raised Val as his own and trained him in all forms of Martial arts. Val was also trained in peaceful practices like Meditation, painting and sculpting. Val travelled across various worlds to learn new forms of martial arts and master them. Over time he developed his own style. He is one of the prominent members of Legion of Superheroes. He doesn’t possess any superpower but his fighting abilities itself is considered to be one hell of a meta-human ability.

Countdown to the Final Crisis by Paul Dini

Remember seeing her in the Suicide Squad movie along with her sword The Soultaker? Yes, she is the one I’m referring to. Tatsu Yamashiro aka Katana has a very tragic history losing all the loved ones she held dear. Her parents died at her young age due to some mysterious reasons. Tatsu was raised in Japan and was allowed to follow her interest, Martial Arts. Over time she became a skilled fighter in various forms of Martial Arts.

Tatsu overtime got close with Yamashiro brothers (Maseo, Takeo) and eventually fell in love with Maseo. Takeo didn’t take this well and joined the Yakuza criminal gang. Maseo and Tatsu got married and gave birth to twins. Over years Takeo grew up the ranks in Yakuza and took revenge on his brother and the new family. Maseo was killed in the fight and their home was set on fire. Takeo knocked out Tasu so that he could face Maseo alone in a dual. Losing all her loved ones once again Tatsu donned the mantle of Katana (Her favourite weapon) and avenged the death of her loved ones. Somehow, the Soultaker found its place with Katana which actually took a life of Maseo (her husband). Yes, Takeo had the Soultaker with him.

Suicide Squad Most Wanted: Katana and Deadshot by Brian Buccellato – A six issue mini-series explore the adventures of both these anti-heroes.

Hope, you enjoyed knowing about these two characters. To read my previous posts on this challenge please go here.