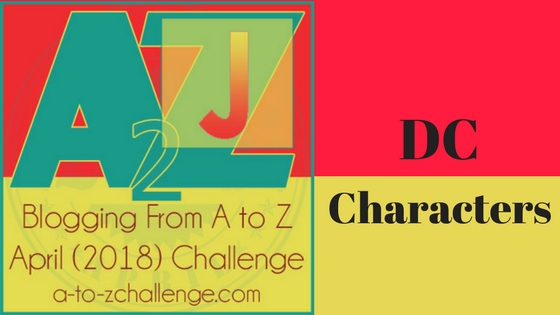 Jonah Hex, a Western anti-hero who is not much heard of among the general public. Many comic book fans might not know him. There was a movie released in 2010 where Josh Brolin (Sicario fame) donned the role of this Robinhood type bounty hunter who might seem like a bloodthirsty villain but what does is for the good which serves his morality. He definitely is not a villain per se.

Jonah had an abusive childhood because of his drunkard father. Jonah mother abandoned both. Jonah was sold to Apache American Indians in return for fur pelts. Jonah learnt to track, hunt, fight and all other Survival skills. Jonah was granted freedom after saving the chief of the tribe from Puma (A Large wildcat) but growing up with the tribe he was unable to leave but stayed with them. The Chief once wanted to test Jonah and Noh-Tante (Son of the chief) of their skills and asked them to steal horses from a nearby camp of Kiowa Indians. But Noh-Tante knocked Jonah unconscious and took the stolen horses to the tribe saying the Kiowa Indians killed Jonah.

While Jonah was unconscious, the bounty hunters raided the Kiowa Indians camp. During the firefight, a stray bullet hit Jonah and left him bleeding. He was then fostered by a trapper and brought back to health. Thus the adventure of the bounty hunter begins.

Jonah uses Colt single action revolver with a 7.5-inch barrel and a Tomahawk (A kind of axe used by American Indians), He is an extraordinary combatant.

Some reading recommendations for you:

Jonah Hex movie was poorly made with so much of masala added to it but not completely following the Comics origin story. You can watch the movie at your risk.
Jonah Hex Volume 7 by Justin Gray

Jason Todd the second Robin after Dick Greyson had a troubled childhood as many. When Jason turned to crime when he was young, Batman took him under his control and trained him to replace Dick Greyson. Jason was not as charming as Dick but he had his skills. Later, in Batman: A Death in the Family (A four-part mini-series) Jason Todd was killed by Joker brutally. When Jason Todd was resurrected (Well, don’t ask how its comics Yo!) he found that Bats did nothing to avenge his death and turned into brutal in his Vigilantism fighting crimes.

To remember his foe, Jason donned Joker’s previous mantle The Red Hood in fighting crimes. Though he is brutal in his attempts Jason still came back into Bat-Family donning the same alias and he had his team called The Outlaws.

I would suggest you watch Batman: Under the Redhood (Animated Movie) to completely understand Jason’s Origin and he donning the Redhood mantle.

One other Character which I chose for this post was:

John Stewart – Part of the Green Lantern Corps who took over as the Guardian of Sector 2814. He was initially selected to be a backup for Hal Jordon Green Lantern along with Guy Gardner.

Hope, you liked the post. To read my previous of this A to Z Challenge, please go here.