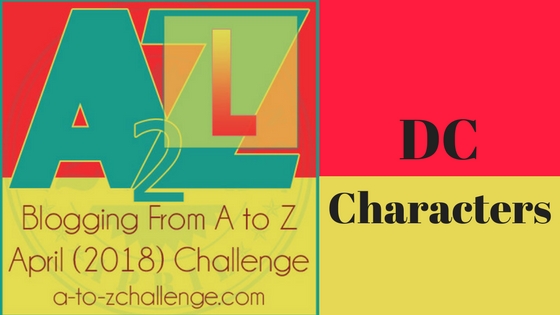 People who are watching Black Lighting would have come across this character. This post was planned to be an introduction to Lightning before the finale of Season 1, but you know things always doesn’t happen the way we wanted. Jennifer Pierce aka Lightning comes from a Superhero family (Father – Black Lightning, Elder Sister – Thunder).

Until her teenage, she didn’t have any Super-power but later her Meta-gene showed up and activated her powers. Jennifer’s father wanted her to concentrate on her studies not enter into the superhero business but she approached Justice Society of America who was looking for recruits and train them. Since then she has taken part in many adventures to fight against crimes.

I highly recommend Black Lightning TV Series which is directly out of the comics books and they completely respected the source material without doing much change. You can see the glimpse of Lightning’s powers in this series.

Emily Briggs aka Looker was a highly inferior who thinks that she had bad looks. One day she was kidnapped by the agents of Abyssia (A lost underground colony). Later, she was informed that she is next in line to the governing house. Her grandfather who once was an Abyssian abandoned them and left for the surface world.

They also convinced her that once she is exposed to the rays of the fragment of Halley’s comet she will get a formidable transformation which will give her the power of minds and incredible beauty. Yes, looker is known for her drop dead looks.Emily is also part of a team called Outsiders. This transformation changed Emily a self-centred person. Later when DC decided to revamp every hero’s origin with Flashpoint they changed the origin of Emily.

Some of her powers and abilities include that she is psionic in Nature, which allows her to read other’s minds, communicate mentally and send mental bolts and stun the minds. She is also an immortal. I don’t have much of a reading recommendation for this character.