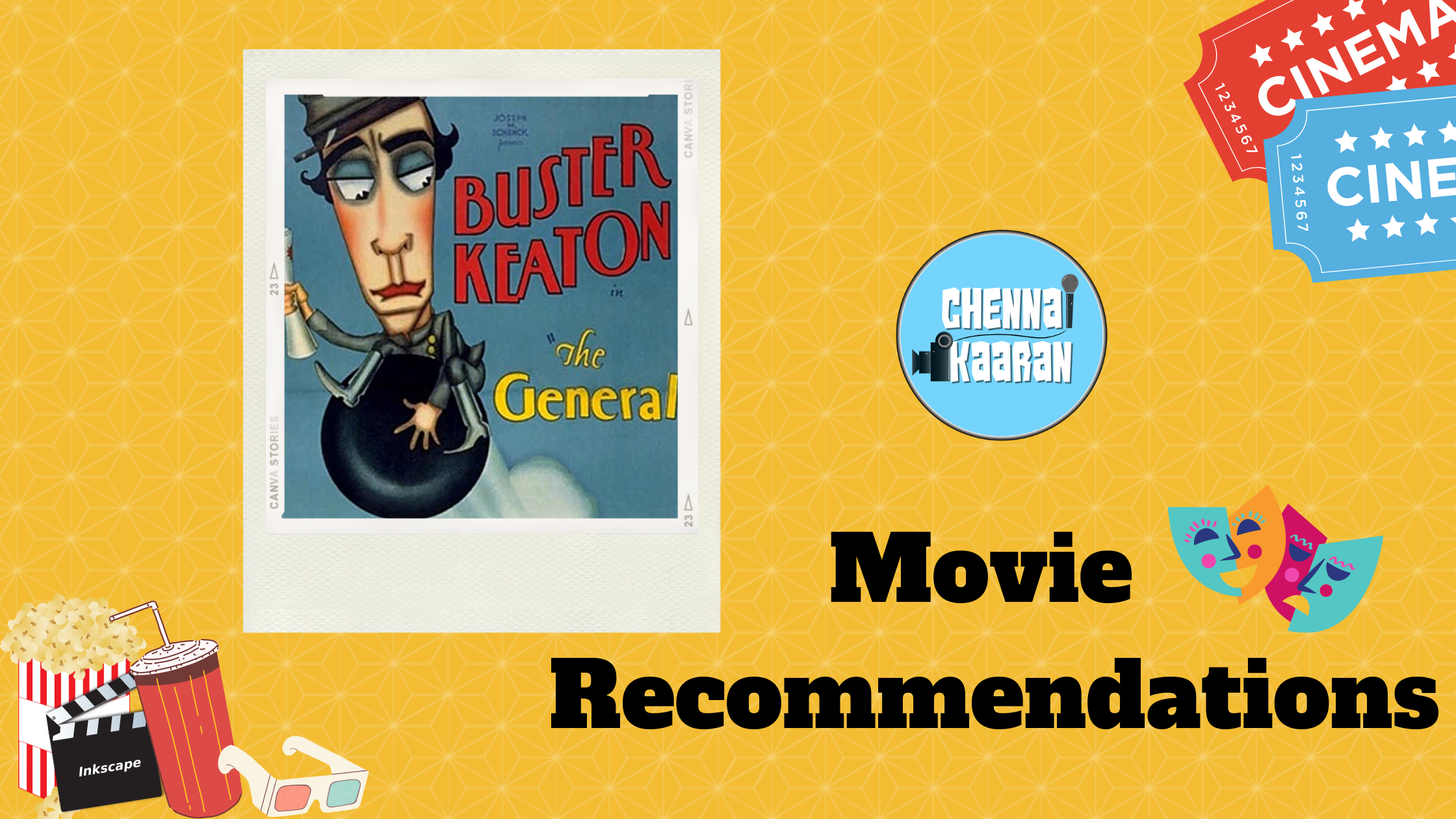 The story takes place during the American Civil War. Johnny Gray, a locomotive engineer, has two loves: his locomotive and his lover Annabelle. Johnny, who is thought to be a coward, is given a chance to prove his bravery when his train is stolen and his girlfriend is kidnapped by Union spies.

When the film Directors of this era are working hard to write interesting commercial films, and this one hooks you with its 75-minute runtime even after 90+ years of its release. The amount of money that went into making this film was evident while watching it. They drowned a real train in a river in the film, and they only had one shot at it. Consider how much homework and preparation went into taking that one shot.

Buster Keaton has been described as a physical comedian, and I’ve seen clips of him being shared for the sheer number of natural stunts and broad setpieces used in his films. In The General, I saw full-fledged action setpieces that were well-staged, and not only that, because real trains were used in the shoot, the stunts were also dangerous, which was very clear while watching the film.

If you enjoy good cinema and don’t mind spending 75 minutes watching a proper Action-Comedy film, I strongly recommend The General by Buster Keaton. Although this film was a box office failure (as is often the case with brilliant films), it received widespread acclaim later on. This can also be found on most lists of the top 100 or 1000 movies to watch in a lifetime. If not for others, I’d put this film on my “Top 100 movies to see before you die” list.

Have you watched The General? What are your thoughts? Do share it in the comments, and let’s chat there.

Where can you watch the Movie?

Since the movie is in Public Domain it is just a Google Search away but you can watch the movie on its Wikipedia page itself which I’ve added to the post.

It is also available on Mubi, Plex, and MX Player.