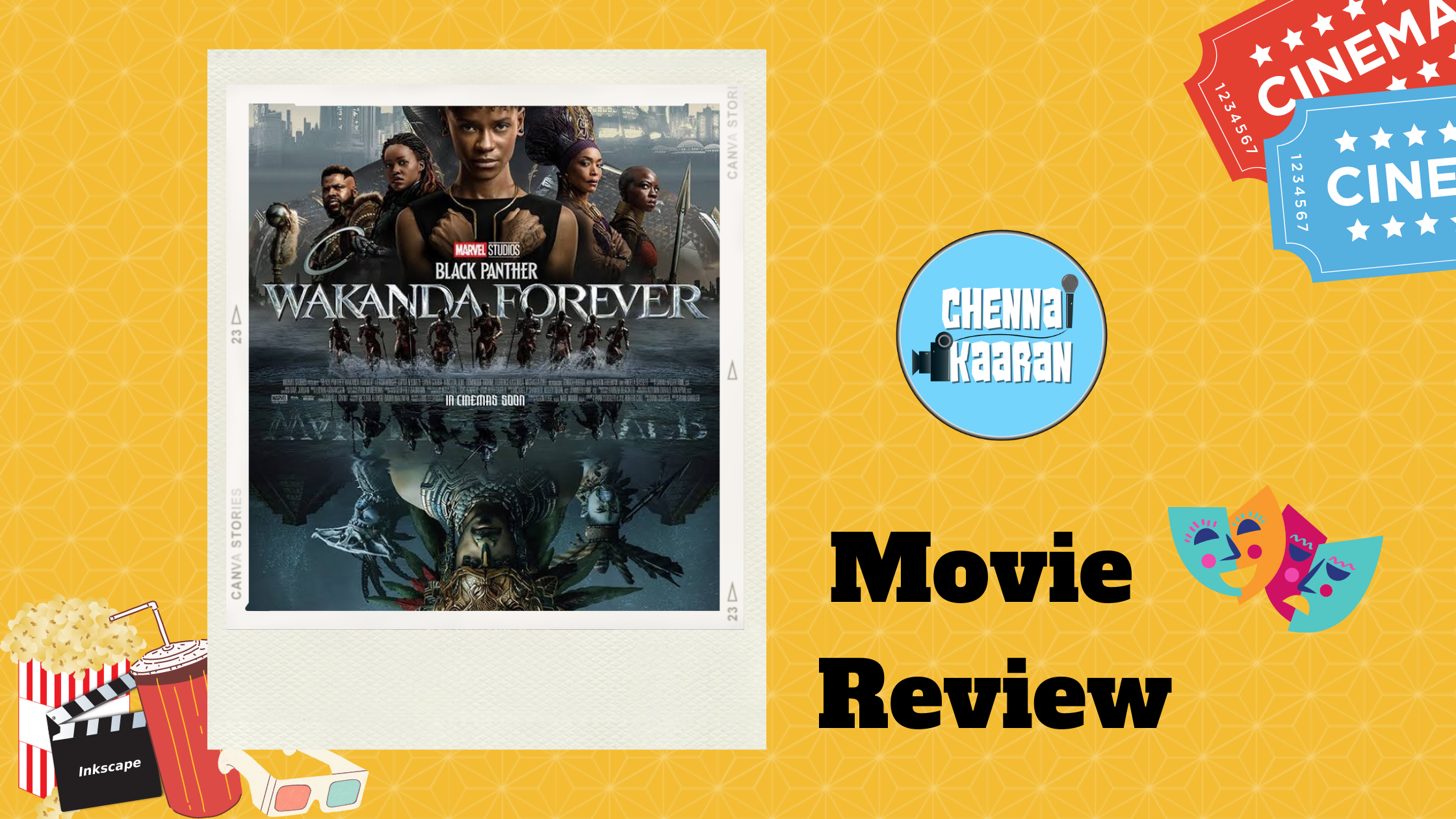 Wakanda Forever works better than one expects it to and most importantly the gap Chadwick Boseman left is very evident. While watching the movie and seeing some of the scenes the Director and MCU miss Chadwick Boseman’s King T’Challa as much as the Wakandans and fans. Most of the film deals with Shuri and her Mother coping with King T’Chala’s death and to an extent their hesitance to choose a new Black Panther gets more Meta like how MCU will not cast any male as Black Panther.

The movie starts with Shuri (Letitia Wright) trying to save her brother King T’challa from an undisclosed disease since the heart-shaped herb is destroyed and the science genius Shuri blames herself for not being able to save her Brother. The mother and daughter rule the Country while the world tries to get Vibranium from Wakanda by brute force or other means.

During one such Vibranium hunting mission (somewhere in the Atlantic Ocean), the US SEAL and Navy encounter a mysterious group of people, while the others think it was the Wakandans who attacked them. On the very same day, this mysterious group of people visits Queen Ramonda (Angela Bassett) and Princess Shuri during Night. Introducing Namor (Tenoch Huerta), the King of Talokan and underwater civilization. He has a deep hatred towards the Surface world and also has wings on his ankles (The First Mutant).

We are then taken on a Journey of learning about the new world Talokan (Marvel’s version of Atlantis) is and about its people. Why do Talokan and Wakanda fight and for what? Did the issue resolve? Did Shuri and her Mother finally find a New Black Panther? The movie holds all the answers for you.

What worked was the inner conflict of Shuri than the outer one. The Outer conflict was exciting because we are introduced to a new species of Humans and their amazing technology. The Superpowers they have and why they became what they became and all. What bothered me was the Oppressor let the oppressed fight amongst themselves while they both should have joined hands, well I think that’s for another movie.

Wakanda is in all its glory and so is Nakia (Lupita Nyong’o), who is brilliant in her role and action sequences. Wakanda forever has its heart in the right place and the exploratory tone it used when we are Introduced to Talokan instead of following the DC’s Atlantis exploration. I see that as a Metaphor since Talokan is hidden from the entire world and hence the darkness surrounding them.

The Riri Williams (Dominique Thorne) part was exciting, a child prodigy she is and her scenes were interesting but I somehow feel her role was very limited, maybe they left it that way for us to explore in her own Iron Heart Series, time will answer I guess.

I’m glad to see that MCU has taken a different route than usual, not sticking primarily to Action or comedy but more on the Drama front. From the time MCU stepped into Phase 4 only a few movies be it Shang-Chi, Spider-Man: No Way Home, and Multiverse of Madness (Although many didn’t like it, worked very well for me). Even most of the Series didn’t work for me except for a few. I would rate Wakanda Forever as one of the better films in Phase 4.

Have you watched the movie? What are your thoughts? Write it down in the comments and let’s discuss there further.