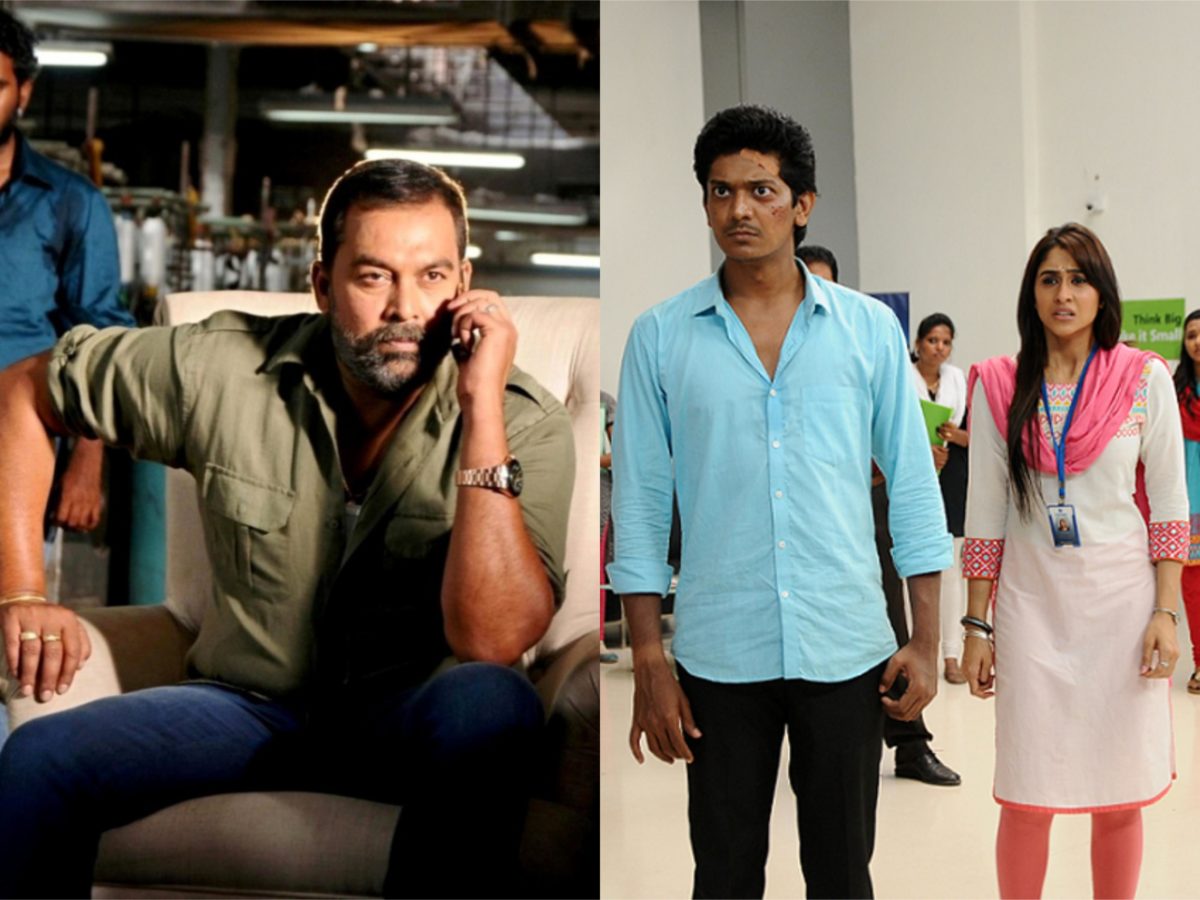 Most of us have relocated to the city for work and in spite of the fact that the city feeds us and helps us earn a living, we still curse it for various reasons. Most important of all people feel everyone has their own headache to handle and don’t help others. On these lines, the City (Maangaram) plays the lead in this movie and we are shown the people who are from different walks of life.

It is rather peculiar of the director to chose the city as one of the major characters in the movie and previously many movies tried to place the City Chennai as the hero but they either deviated from the plot or they show a different shade of the city.

I see this movie full of coincidences and ironies. From the first scene in which a wrong person is beaten up is also the place where three major characters coincidentally cross paths. In one another scene where two of the leads meet in a bus coincidentally. How these coincidences lead to confusions and How they come out of it? is the major plot. Interestingly the director weaved various plots and tried to connect all those different plots. It is really hard to do so for a debut but Lokesh Kanagaraj handled it rather brilliantly.

Music Director Javed Riaz did a wonderful job with BGM and RR. S.K.Selvakumar the cinematographer who tried to capture the nights of Chennai city in a beautiful way. Few disappointments I find are the stalking and too much of coincidences in the movie. Otherwise, it’s definitely a brilliant attempt.

Ramdoss (Munishkanth) has to be definitely mentioned for the comical role. He cracks you up with the dialogues and the body language. He eases the movie a bit with his role and hopes he does such good comical roles in future. He definitely has a unique style to keep up. Charlie yet again proved that he can carry any role with ease and he is still an underrated supporting actor who can reach heights if, proper roles are offered to him and he plays one of the pivotal roles in the movie. Sri and Sundeep Kishan (Yaaruda Mahesh fame) did their parts well. Sri always tries to sign the roles which have a strong plot and good role for him. Also as many movies, the director left it open ended for the audience to choose what they want to think rather than giving a proper climax which I liked actually.

It ain’t a path breaking movie but definitely a good one which shouldn’t be missed. Do catch up the movie in theatres, You won’t regret. Happy Watching..:)

Roberrt is a new Kannada action movie, which stars Darshan as a lead. The movie is streaming on Amazon Prime Video.