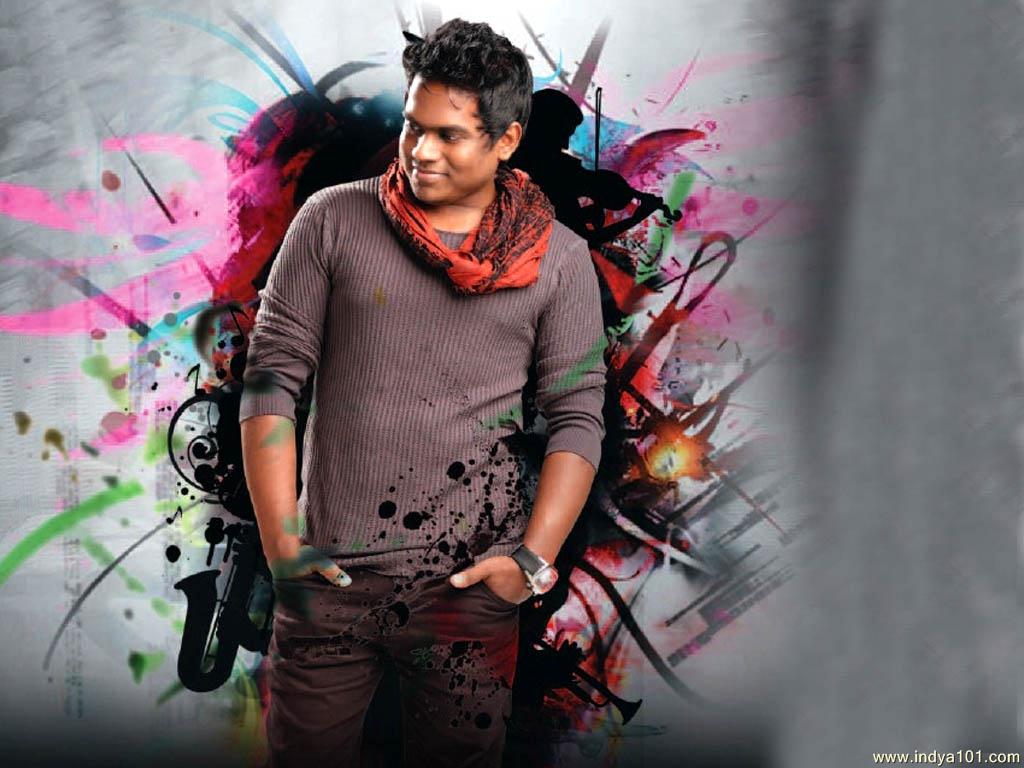 Yuvan Shankar Raja – Once this name was taking Tamil Film Industry by a storm and currently in hibernation mode because of few failures. There was a time when his songs were a customary in every Tamil Music channels and Radio’s of Tamilnadu. On his Birthday let’s rewind some of his beautiful songs. This is my Personal Track list of Yuvan’s and to scrutinize this was a herculean task because most of his albums were my favourite. So, here goes my list and its not in any particular order:

While Na. Muthukumar’s lyrics was so touchy, Yuvan’s Music and Sriram Parthasarathy’s magnificat voice added a different flavour to this song. A beautifully pictured song.

Tamil Film Industry and a song about Mother’s are inevitable. In every era one such song will be mused by many, irrespective of age. Such songs should hold a deep meaning and heart touching music, when Lyricist Snehan and Yuvan joined hands one such song came out if, that song is voiced by a legend like K.J.Yesudas, What more could we ask?

Heart wrenching songs about dad’s in Tamil films are very less and yet this song stands out for Vijay Yesudas’s voice and Yuvan’s soul-stirring music.

4. Where is the Party? (Silambattam):

An out and out party song but the only difference is that Yuvan brilliantly made it sound like folk-Western. Needless to say the song was choreographed and presented bad, still it was the then chart buster.

An out and out folk song which still keeps bursting in Villages during festivals or other such functions.

A Rap song which is purely experimental with a Malaysian singer and the tune keeps ringing in your head even after you stop listening to this song.

A truly soul-stirring song in search of his love. Illayaraja’s voice just melts your heart, Karaoke of this song itself will pass on so much pain. The song will take a U-turn after hero finds his love then from being painful it becomes a joyous music.

A pleasantly mellifluous number is beautifully voiced by legend S.P.B and should I say it is still all time favourite for many.

Shreya Ghosal voiced a female version but this one stand out for me because of K.K’s voice. Initial music is just mesmerizing and the lyrics are heartrending.

Once named this movie songs like “Enga Area“, “Variya” and “Oru Naalil” will be list of songs by many, but this one stands out for me because of the peppy music and Ulaganayagan’s voice.

A number which is basically a fusion where, Yuvan cleverly used various instruments, especially that veena part is just fascinating followed by Violin, its just amazing.

Mesmerizing Sadhana Sargam and Magnificant Shankar Mahadevan’s voices made this song one of its kind Love melody with drums covering the background.

This song was Chart buster those days and one of the favourite songs for many and this album was an official hit for Yuvan.

Another folk number where major portion is just the music. Song was well choreographed and pictured.

Yuvan was one such talented musician but lately his songs are a big blow to him. There used to be days were Yuvan’s movies would be released every other month and we are waiting for you. Wish you Happy Birthday Yuvan.

P.S: My list is even more bigger but I am restraining myself. I am not technically strong with the musical jargons but tried my best to share my thoughts.

One of the best things that happened in 2020 was the rise of the Podcasting scene in India. People know about Podcasts and may even listen to them, but as far as the creators India is still in its nascent stage. With Covid on the rise and many were stuck at home, people starting finding new hobbies. Podcasting gave solace to many because

Heyloo everyone. Happy to get connected with you again through my blog post. As many of you know I got introduced to […]

Hello, How have you all been? Long time. I hope every one of you is gearing up to face the end of […]

I always prefer DC over Marvel because I find most of the DC Superhero’s or heroines very much relatable. Yet another reason […]