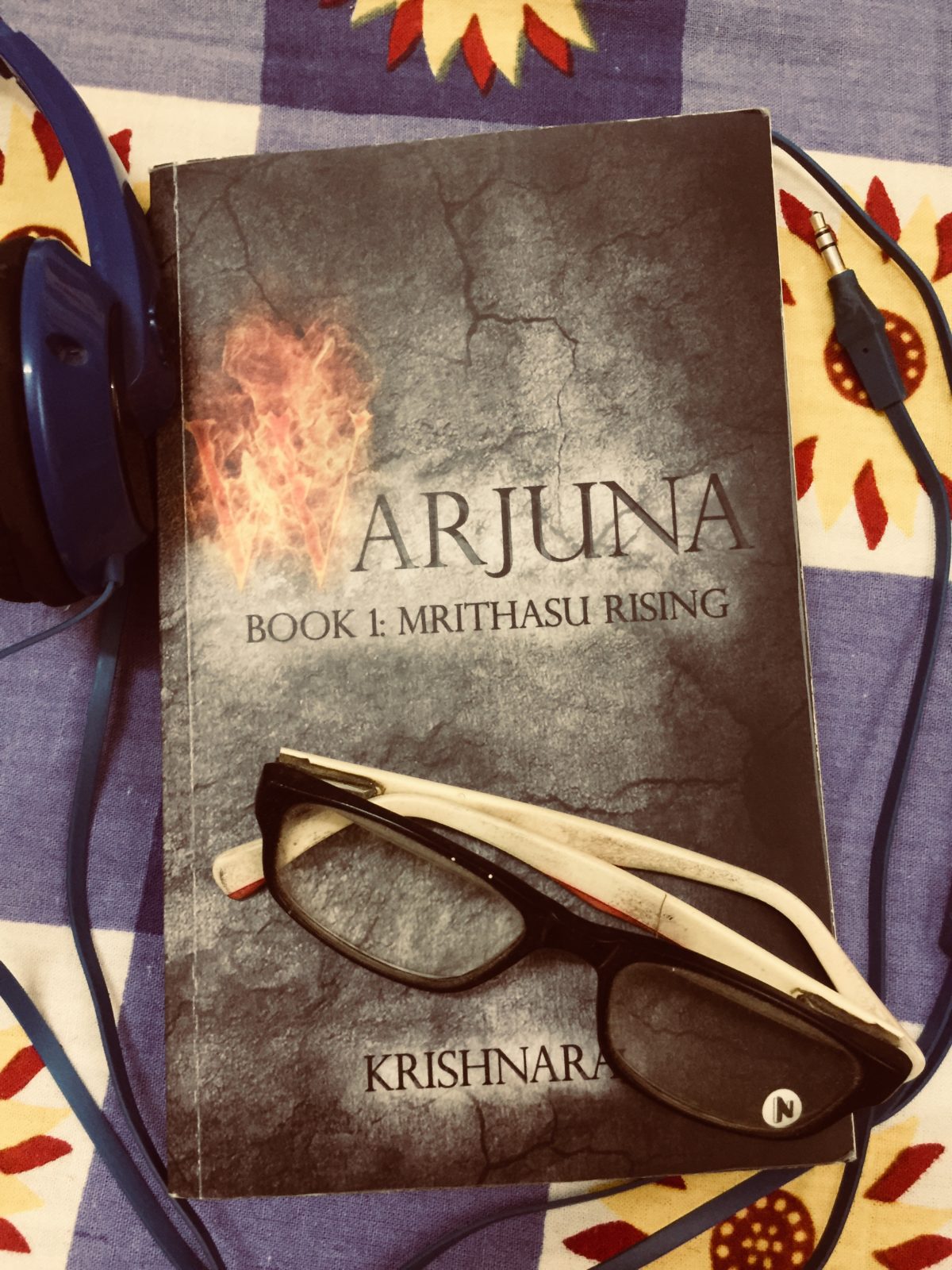 Note: I received a free copy of this book in return for an Honest Review.

Re-writing and re-telling the Indian Mythologies to suit the audiences of certain culture have been there for a long time in India. When Indian English Authors decided to retell Indian Mythology in their own way or retelling the life story of a Character has given some really good results. Some of them succeeded in doing so starting from Ashok. K .Banker’s retelling of Ramayana or Anand Neelakantan’ Asura gave a, even more, spin to Ravana’s life and relationship with Sita. They really did a great job in that. But Amish’s humanising of god and putting them in a state to achieve their greater destiny gave a great reach which also became Bestseller of all times. Thus started mushrooming of retelling Mythology or Mythology Spin-Offs.There is always a knack to hook the audiences with the Author’s imagination but only a few succeed in doing so. Mythological fiction these days have become more like the Horror-Comedy line of movies in Tamil Cinema, few fare, well but many fail miserably.

Warjuna by Krishnaraj is one such take on the Indian Mythological world. I wouldn’t call it a miserable attempt nor a great one but the book stands somewhere inbetween. The Prince Arjuna of Wagharr is on the run from the invading Hayacree forces along with women and children to a place called Himavan. Later, he seems to have been transported somewhere to the Southern part of Bharata. We are as blank and delusional as him. Thus starts the journey of Prince Arjuna with the intent to save Bharata from the mysterious Mrithasu and its allied Hyacree forces. Who are these Hyacree forces? Who is Mrithasu? Did Arjuna save his people and Bharata from the great danger?What is his part on this big game? Warjuna has answers to all these for you.

The Author tried to do a Worldbuilding with few Mahabharata characters like Kanha, Draupati and Garuda with them playing a significant part in this plot while there are others who played smaller roles. The major problem I had with this book was the Author was busy in Worldbuilding and setting up a Universe of his own but with too many characters it was really hard to keep up. Most of these characters felt disconnected even after completing the book. Instead of jumping to various parts of the Bharata, the Author could have slowly paced to that Anti-climax. Readers could have felt even more connected that way. Another small issue was there were minor grammatical and editing errors wish that could be avoided in the future books.

Even though with these flaws, the book was quite captivating. The Storyline seems to have great potential in becoming a series of books. Hope the Author doesn’t screw up with the forthcoming books. Character building for few was done really well and I could still remember How Arjuna or Kanha would think in certain situations? The narrative style is great and the flow is smooth.

In a Nutshell: As a whole, this book has a lot of potentials to become a great series but in worldbuilding, process the Author lost his way somewhere. Otherwise, the book is a great read and there seems nothing unnecessary in the book with regards to each character. They serve some purpose for the story to move forward.

Do I recommend this book? I definitely do.

You can buy the book here.


Just tried to buy from Amazon. Looks like it is not available anymore.


Oops! That’s sad. Hope, they will be available soon.