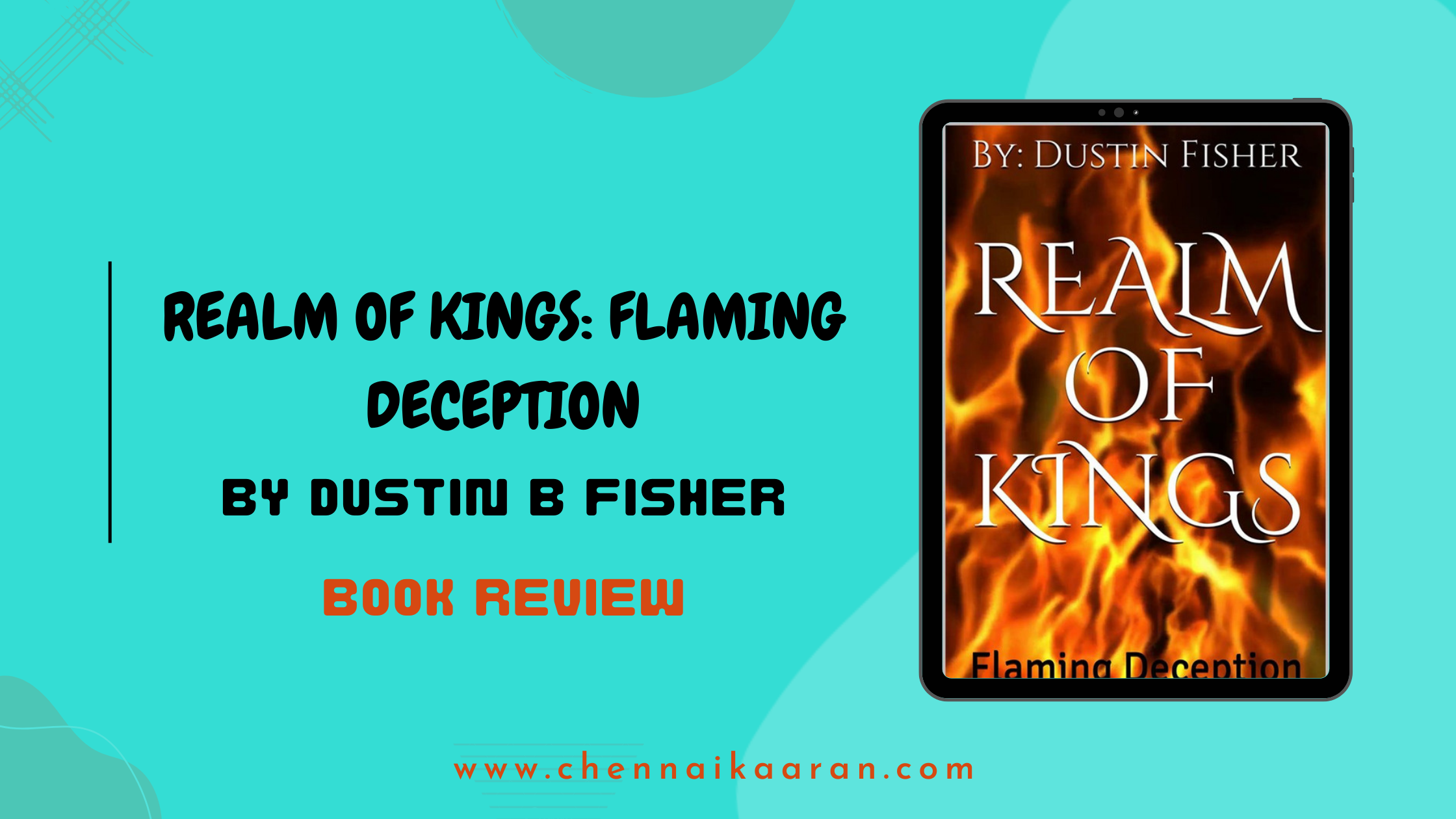 Note: I received a free copy of this e-book through Booktasters in return for an honest review.

I love fantasy Novels, they have their own way of indulging us in their worlds but it lies in the hands of the Authors who write them. Often, the authors struggle with World-building, either they are too descriptive or too vague for the readers to understand where the story is going and what to expect out of the novel. (This is from my limited reading of Fantasy novels both good and bad). Realm of Kings: Flaming Deception by Dustin Fisher is the first in the series of books and I’m thankful to Booktasters for providing me an opportunity to read this Indie book.

Real of Kings: Flaming Deception is about 7 Young Adults who are at the cusp of entering their College, and somehow get elemental Super-powers. They are called upon to save the Realm of Kings, where the prime lead DT aka Daniel Taylor is asked to lead the pack. In the first installment, we see how DT overcomes his insecurities about leading the pack in spite of fighting his own monsters. Each of the individuals was tasked to retrieve an item that the upcoming books will cover.

Realm of Kings takes a typical route and has an interesting idea for a Superhero set-up in a world of Young Adults. I personally dislike being critical of Indie authors but it was so hard for me to be indulged in this book initially. When I was in the middle of the book, the story seemed to take the right direction, until then it was wandering, and not sure why the author had to take us through those painful trips?

I had so many questions in the portion of the book I disliked especially the unwanted descriptions of DT’s shoe color or the wall color of the bar. I understand the author is trying to be descriptive but doing it for everything seemed like adding pages to the novel without serving any purpose. Another issue I had was again during the first 10 or so chapters, where the conversation between each individual was in the format of a 1st or 2nd-grade kids’ English book, the editor here, did a poor job. Even though there was an editor for the book there was a writing style mismatch. For the first few chapters it was in the 2nd grade English book conversation kinda treatment and later it became normal. So, I’m not sure what went wrong and I really wish the author and the editor paid close attention to such small details. This actually disrupts the reading experience.

The most pressing question I had was, that the teens discussed their powers so early into the book but did nothing about it. I mean it was as if those powers didn’t exist at all. Teens don’t stay silent when they have superpowers, they would atleast use them minimally but they would never stay away from using them. I’m curious why the author didn’t let them use their powers frequently or allowed them to have a self-discovery phase with their powers?

Well, I didn’t intend to just complain about this novel but these are some of the genuine concerns. I did enjoy the book mid-way through but to reach there was really hard and those chapters felt unnecessary and didn’t serve any purpose. The most important issue I had was with the portrayal of the women in this novel, they were sexualized and felt like they had nothing other than to yearn for the love of the hero. This is definitely the most problematic part.

If you are a fan of YA Fantasy novels and love some great world-building, I’d highly recommend reading this book but be warned.